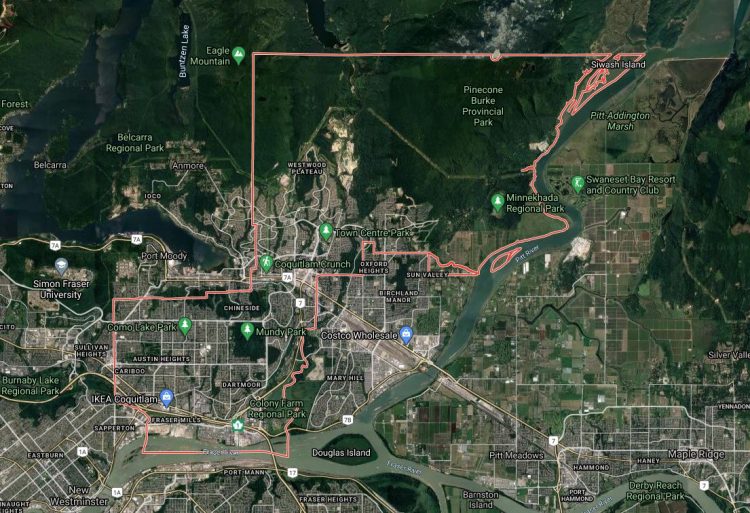 VUE – West Coquitlam Presale will be coming to the Burquitlam area soon. Situated in one of the most up and coming spots in the Lower Mainland, Vue will be an ideal location for many families. Vue is situated near Burquitlam SkyTrain station which can take you to downtown Vancouver in under 40 minutes! Moreover, there many outdoor opportunities at your doorstep including nature trails, parks, and much more!

Meanwhile, Vue will provide residents with 19,000sqft of indoor and outdoor amenity areas! For example, a yoga studio, gym, and multipurpose room are some of the indoor space available. On the other hand, the amenity kitchen leads you outside to the BBQ stations, gas fire pit, pool, and community garden. Additionally, there is a meeting room for some quiet time, and a kids playroom both inside and outdoors to enjoy!

Residents will love all Vue has to offer.

WEST – New Coquitlam Presale is on it’s way to the Austin Heights are of Coquitlam! Developed by Beedie Living, a developer with over 65 years experience, West will be located in the center of Austin Heights. This development will feature a community of 194 homes. It will be 25 storeys in height. West is located above Safeway, offices, and other retailers. West will also showcase stunning mountain and river views.

West will also be riddled with amenities. As soon as you enter, you will be greeted by the concierge, and protected with 24 hour security. There will be lots of space to relax and enjoy company with the BBQ area, lounge/party room, and the common kitchen. Keep life worry-free with the available guest suites so your company can rest easy in their own space. On the other hand, for the athletics enthusiast, you will have room to try a variety of activities. Head outside and take advantage of the tennis or basketball courts. Alternatively, keep it indoors with the yoga studio, squash courts, and gym ready for resident usage. West also provides a children’s play space for your growing family.

Coquitlam was a but of a late bloomer when it came to economic growth. Located between the North Bank of the Fraser River between Burnaby and New Westminster, it’s original inhabitants were the Coast Salish and Kwikwetlem people. The city’s name came from the word Kwikwetlem which actually referred to the salmon that travelled up the Coqutlam river to spawn in Coquitlam Lake. The name translates as “Small Red Salmon.”

In 1808 Simon Fraser passed through the region, but European settlements did not take place until the 1860’s.  The area was full of life with a stable supply of fishing and resources to gather. The Fraser River made trade possible. For instance, one of the common trade items was baskets. There was little growth in the area during the 1860’s – late 1880’s.

Better times were on the horizon when in 1889 McLaren Mills (later known as Fraser Mills) opened its doors. It was built with the most advanced technology and it was the largest number mill operation of it’s kind. This brought laborer’s to the area and began to increase the population. This was the first of several economic booms for the region. Meanwhile, in 1981 Coquitlam was incorporated as a district municipality.

The 1900’s definitely changed the face of Coquitlam. Port Coquitlam and Fraser Mills had become divided politically and made the decision to form separate communities in 1913. The city’s continued to develop and grow, but after World War II Coquitlam felt a surge in the population and city structure. Coquitlam and Fraser Mills actually joined together which created a larger industrial base. Further to that, Lougheed Highway opened in 1953 increasing progress and popularity to the city.

The economy expanded in 1979 when Coquitlam Centre opened to the public. In addition, the 1980’s promoted more growth when additional opportunities in Trades Work began appearing across the city. This brought in many middle class families to the region and population increased again.

Coquitlam is now the sixth largest city in British Columbia. The mill is no longer open, and the land has been rezoned into a residential area. However, to this day Coquitlam remains primarily residential, but contains some large industries within its boundaries. For example, Sand & Gravel producers, and Concrete & Asphalt manufacturers. Coquitlam Town Centre has become the centerpiece for Civic, Cultural, and Educational Services in the city. There have also been many advancements in public transportation and accessibility to the area including busses and SkyTrain Lines this bringing COQUITLAM SKYTRAIN CONDOS to the area.

Coquitlam may not have had the same start as many other cities in the Lower Mainland, but it has come a long way since its original settlements.

Coquitlam is home to the infamous Coquitlam Shopping Centre which is now easily reachable by SkyTrain. With nearly 200 recently renovated shops, this facility provides residents with retail, dining, and daily needs in one convenient place. There are also several smaller shopping centers and districts located amongst the city.

Tourism in Coquitlam is exciting and filled with activities. With options like bowling, indoor rock climbing, live music, and cinema there is something for everyone to enjoy. Coquitlam is also known as the only place in Canada with a Hard Rock Casino. A lively and pleasing place to unwind and enjoy some company.

Coquitlam was also the first city to ever build a purposely made road-racing track. Since Coquitlam is a popular film location, the track was used in various film productions until it ultimately closed in 1990. In 2009 it was recreated as a downloaded simulation on PC.

Outdoor adventures are available all over Coquitlam. The largest civic park is Coquitlam is Mundy Park. It offers not only a trail system for visitors, but fields, cycling paths, and even an off leash dog park. There are also 2 regional parks in Coquitlam; Minnekhada Regional Park and Colony Farm Regional Park. These Coquitlam treasures are filled with wildlife and hiking trails. Above all, they have unbeatable views.

Meanwhile, if you are looking for an outdoor excursion that involves less athleticism you can check out one of the inspirational gardens Coquitlam has to offer. There is even an Annual Rose Show that people travel to participate in all from around the world. With such a wide range of outdoor space there are also several golfing locations.

On the other hand, the territory has many rivers, lakes, and fishing opportunities. Some of which are just steps away from the SkyTrain.

You will never tire of the outdoor activities Coquitlam can bring to your life. With quiet getaways, or full family adventures, there will always be something new to try.

Coquitlam culture centers around art, heritage, and recreational programming. For a list of art organizations click here. One of the biggest locations for culture and creativity in the city is at the Evergreen Cultural Centre. With theatrical entertainment, the Art Gallery, and educational programming this facility is an essential part of keeping the community together.

Coquitlam is also a big supporter of Festivals and Special Events. As a result, block parties, culture days, lights at Lafarge, and Summer Concerts are only a handful of events residents are welcome to take part in. Bringing families and communities together has become an abnormality in some districts. Meanwhile, Coquitlam continues to withhold strong values towards community partnerships.

Most importantly Coquitlam is the third largest school district in British Columbia. There are 45 elementary schools, 14 middle schools, and 11 secondary schools in the district. With this, the youth of tomorrow will have educational advantages as the Coquitlam Schools district also has one of the highest graduation rates in the Province.

COQUITLAM SKYTRAIN CONDOS and townhomes have also brought in a number of inhabitants who appreciate the convenience of public transportation. Recently connected by the Evergreen Extension, the Millenium Line SkyTrain travels into Coquitlam stopping at Coquitlam Central, Lincoln, and Lafarge Lake-Douglas.

COQUITLAM SKYTRAIN CONDOS and townhomes are easily attainable as they are the more affordable living option in such an accomplished community.

COQUITLAM SKYTRAIN CONDOS and townhomes became available with the Evergreen Extension of the SkyTrain. These homes are developed in stunning locations with all your necessities nearby, and opportunities for outdoor activity seemingly around every corner!

COQUITLAM SKYTRAIN CONDOS and townhomes bring new life to this vibrant community with so much to give back to its residents.