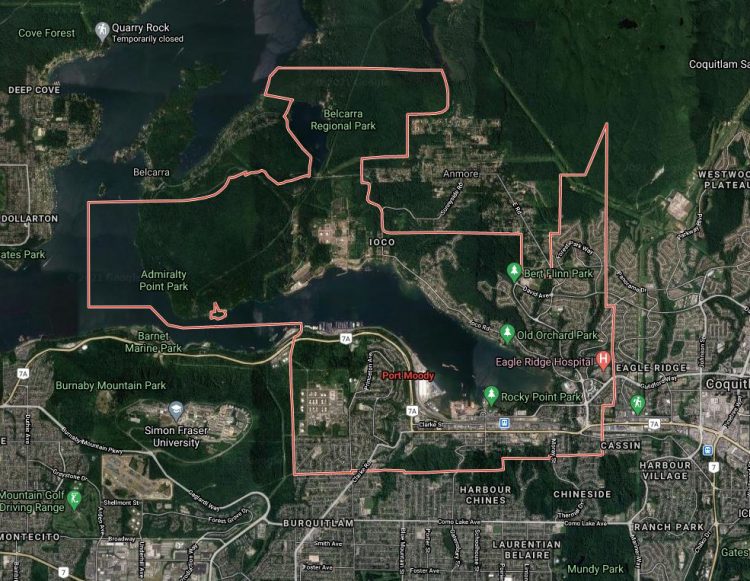 WILL – Port Moody Presale is a new Moody Centre development. This exciting new series of 43 townhomes, and a 2 storey heritage restoration, is built by reputable developer Marcon. These townhomes will consist if mixed 3 and 4 bedrooms floorplans, spread over 6 buildings. In addition, these buildings are separated by an internal driveway creating privacy and space. Each home is also equipped with private entrance and a small fenced yard.

Meanwhile, the Johnson Residence was originally constructed in 1911 will be partially relocated and restored.

Port Moody was first inhabited by the Coast Salish Nations people for over 9000 years. They built communities along the Southern Coast, including the Port Moody area. Eventually, Europeans settled in the area and upon landing were instructed to clear a trail from New Westminster to the Burrard Inlet. This is now the oldest road in the Lower Mainland and has been named “North Road.” The road was built in order to allow anchored ships to unload if New West was every attacked from the South, potentially by the United States. This would allow not only readily available military supplies, but soldiers to come and join the battle.

Port Moody dominated settlement with two events. First, the 1858 Gold rush in the Fraser Valley. With the help of this, and several other determining factors, Port Moody was said to have an “early moment of fame” when in 1879 they were officially named the Western Terminus to the Canadian Pacific Railway. Secondly, in 1886 Port Moody received the arrival of the first transcontinental train from Montreal. The train carried approximately 150 passengers on the 139 hour long trip.

Life was grand in Port Moody, but unfortunately it was short lived. Port Moody was on its way to becoming the biggest town in the West until the decision was made to extend the rail line to Vancouver around 1885. The city suffered and the population remain static at 250 inhabitants for nearly 20 years after losing their title from the railway.

Things began picking up again in the 1900’s starting with the opening of a sawmill for Cedar cutting in 1905. This immediately created 125 jobs. Around the same time, some oil refineries opened their doors to allow for more employment opportunities. In 1913, Port Moody was incorporated as a City. Primarily a mill town, another large Imperial Oil Company was developed just outside the Port Moody Boundaries.

In the early 1920’s, Port Moody was still small but was steadily growing. If you were to walk around the town you would see mostly private homes with gardens. The town consisted of 5-6 general stores, 3 hotels, 2 gas stations, 1 elementary school, and 1 policeman. As a result, if there was a fire in the town all the residents were called to pitch in to extinguish it. Looking at what the city has become, it is hard to imagine it as such a small place.

World War II brought additional employment to Port Moody and after the war the town really hit its stride and began to expand geographically. Remaining the smallest of the Tri-Cities, Port Moody is bordered by Burnaby and Coquitlam. Now subject to countless advancements, Port Moody has developed into a beautiful city that was trademarked in 2004 as “The City of the Arts.”

Port Moody is connected to other municipalities through Translink. Containing numerous bus routes is just the tip of the iceberg on public transportation in the city.  They are also a stopping point for the West Coast Express which runs from Downtown Vancouver to Mission. In 2016, the Evergreen Extension to the Millenium Line SkyTrain was also opened adding additional rapid transit services to the city. PORT MOODY SKYTRAIN CONDOS and townhomes began to impress potential buyers and the Real Estate market went wild. That is to say, this alluring city was a well-rounded all encompassing package. Moreover, the city offers Bike and Car sharing systems to decrease your carbon footprint and allow for car-free living.

Port Moody has supported its residents in creating an art-centric way of living. However, there are still several small shopping districts within the city boundaries. Port Moody encourages shopping local to give back to the economy and the people who reside nearby. Port Moody is big on festivals and host several entertaining and powerful events throughout the year. One of the most popular locations to host these events is the Inlet Theatre and Galleria.

This city is filled with outdoor appeal! Three of the most famous public park and beaches are Rocky Point Park, White Pine Beach, and Buntzen Lake. All three offer an exquisite visit with trails, water views, and some good old outdoor fun. On top of that, Sasamat Lake is one of the warmest lakes in Greater Vancouver and can be used for fishing or swimming. There are also some hiking trails in the area for those who love nature.

Recreation in Port Moody is full of creative and active options. With your health in mind, there are lots of gyms and yoga or fitness studios to choose from. Meanwhile, ice sports are fully taken advantage of in this family-friendly community. Art programs also take place all over the city in a variety of indoor and outdoor settings so you can let your creativity shine through in this beautiful environment.

The city of the Arts has great pride in the art and culture they display. Some of the largest events that are held in Port Moody are the Canadian Film Festival and the Festival of the Arts. These festival’s showcase art, cinema, and theatre performances. Alternatively, the Rotary Ribfest has been attracting people from all over the lower mainland for several years. Port Moody has a great reputation for hosting amusing events that are family friendly, or just a nice break from everyday life.

The holidays are not forgotten in Port Moody as the CP Holiday Train visits the community as well. Unlike most places, events activities and performances continue for hours after the initial train visit.  A long standing tradition in this area, this is just one of the examples that keeps the city a close and exciting community.

If you walk the streets of Port Moody you will be drawn into the one of a kind art displays, green space, and all around attention to detail. It may be the smallest of the Tri-cities, but it is the city with the biggest heart. With the Evergreen Extension it has become accessible and a fitting place to live with all the PORT MOODY SKYTRAIN CONDOS available.

PORT MOODY SKYTRAIN CONDOS and townhomes have been developing around the city in order to accommodate more residents. With one of the stations becoming a connector to the West Coast Express, commuting has become much less of a challenge for those wanting to work in the downtown core, or outside the Lower Mainland area. With so many improvements over the last several years, and continued developments in the work, Port Moody has become a desired location to reside for many.

PORT MOODY SKYTRAIN CONDOS became available with the Evergreen Extension of the SkyTrain. The Townhomes and Condos built in Port Moody are traditionally made to uphold the current culture and demeaner the City of the Arts offers to all its inhabitants.

PORT MOODY SKYTRAIN CONDOS and townhomes are made with quality architecture and style in budget-friendly options. Take in the character of the city from the comfort of your home. 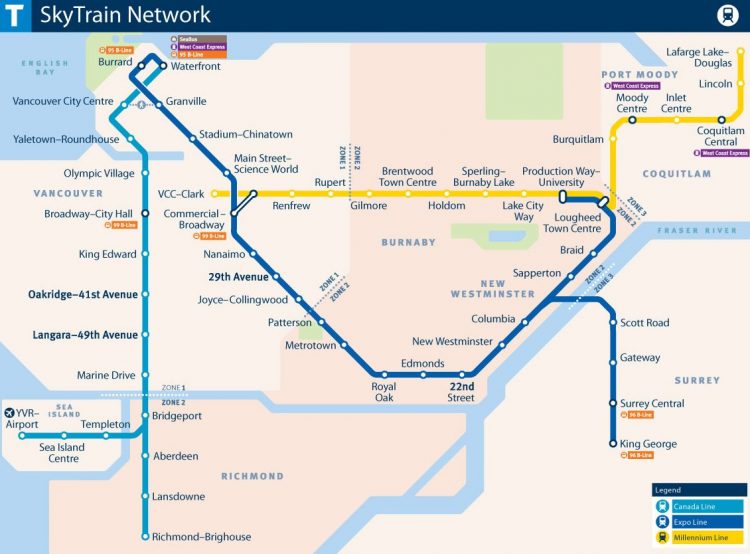